What is the SolChicks Scholarship System? 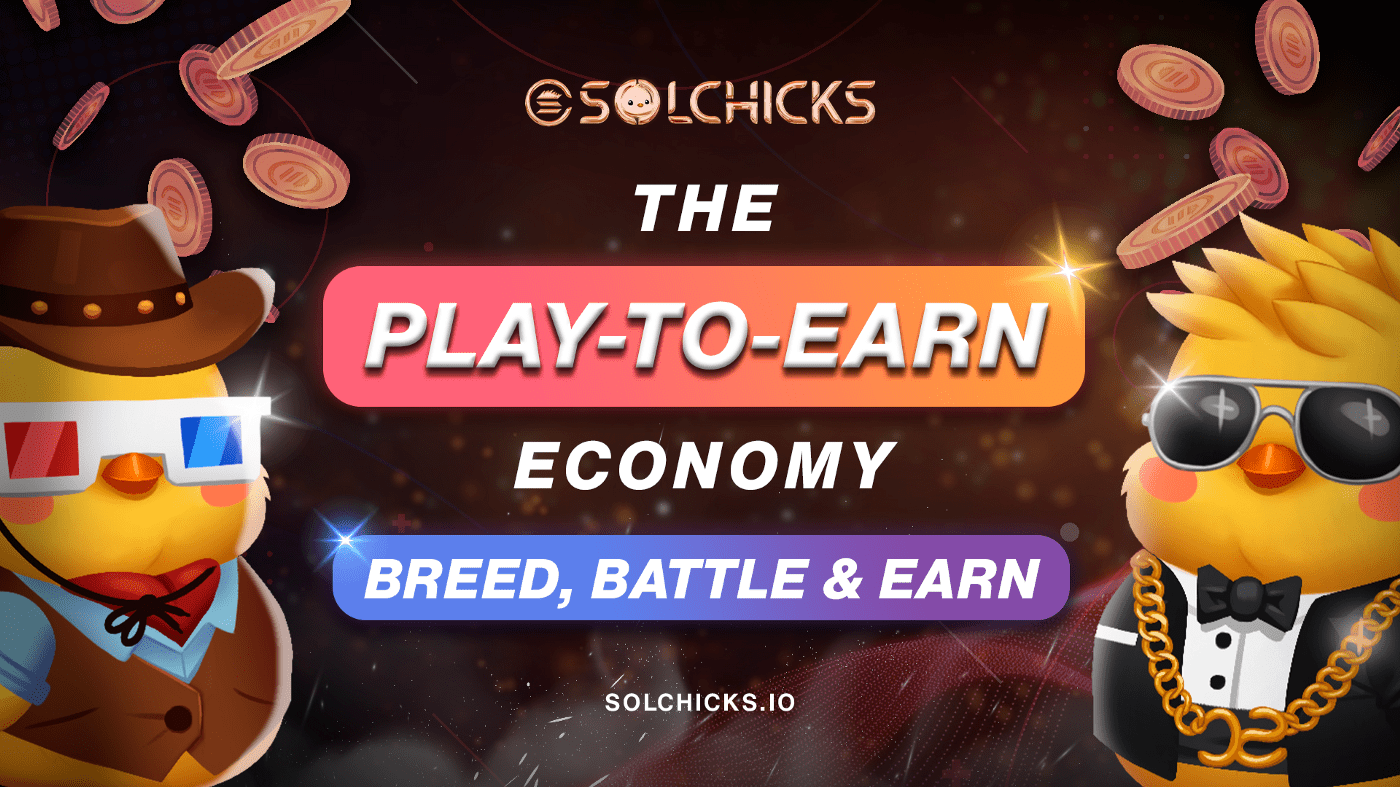 What is the SolChicks Scholarship System?

SolChicks, one of the first NFT-driven play-to-earn (P2E) games to be launched on the Solana blockchain, will be releasing a scholarship system to provide a more accessible entry point for new users and allow for investment returns for the SolChicks NFT collector community.

Holders of SolChicks NFTs can ‘rent’ their NFTs to ‘scholars’ who can use the NFTs to play the SolChicks mini-game and soon to be released Alpha version of SolChicks. Scholars share an agreed to portion of the tokens they earn from the game with the Holder. This new feature not only creates a return on investment and passive income stream for the NFT owner but also an additional incentive for collectors to hold onto their NFTs.

Designed to help expand the SolChicks player base, the system will make the mini-game and upcoming Alpha game more accessible for new users by removing cost prohibitive barriers to entry and help to onboard a vast audience of P2E enthusiasts. In the run-up to the game launch, we hope to add more features and gameplay elements that will make use of the SolChicks NFTs and provide even more value for the community.

This system has been developed by the SolChicks team, and will launch mid-July. Once the service is launched, the team will then subsequently move this feature to the Catheon Gaming Center platform with even more advanced functionalities that will benefit not only the SolChicks scholars, but also the users of the other Catheon Gaming projects.

How the SolChicks Scholarship System Works

Holders of SolChicks NFT holders can list their NFTs on the SolChicks scholarship website (“Lend” page) for rental, where they will be guided to set the upfront borrowing fee, duration of rental and the reward split ratio between the lender and the borrower (scholar).

Once the NFTs are successfully listed, these NFTs will show in the “Borrow” page for anyone with a Solana wallet and a small amount of $CHICKS in the wallet (to be used to paid the upfront borrowing fee) to be able to borrow the NFTs. The borrower (scholar) will be able to play the SolChicks mini game immediately with the borrowed SolChicks, and start earning his/her portion of the rewards ($SHARDS). The original owner’s portion of the rewards will be sent to the owner’s wallet on a real time basis as soon as the scholar obtains the rewards after playing the game.

One important thing to note is that, when the owner lists his SolChicks NFTs on the “Lend” page, the NFTs are safely stored under the SolChicks team’s custody in a smart contract. Even when the NFTs are borrowed by scholars, the NFTs are not transferred to the scholars’ wallet and will remain to be held under the custody in a smart contract, ensuring that there is no risk of the NFTs being lost or stolen. Once the rental period is over, then the borrowed NFTs will be returned to the original owner’s wallet safe and sound.

William Wu, CEO of Catheon Gaming said: “While Catheon Gaming has been growing our blockchain game portfolio, SolChicks has remained to be our focus. After launching the first-ever live game on the Solana blockchain, we are delighted to launch the NFT rental and scholarship system. The feature will grant an enhanced return for all SolChicks NFT holders and open our play-and-earn game to a broader audience.”

So what are you waiting for? Visit www.solchicks.io to put up your SolChicks NFTs for rent and or borrow and start earning rewards today!

Join us on our online channels to stay

up-to-date with the SolChicks community